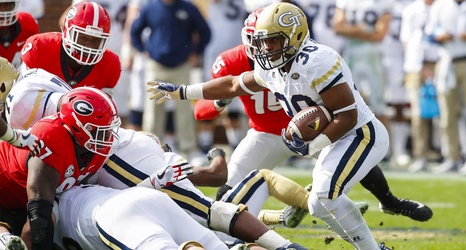 Well it’s rivalry week, and tomorrow is the 114th edition of Clean, Old-Fashioned Hate. There’s probably several of these preview articles out there and with them several opinions. What’s going to be the difference maker in your opinion? Georgia’s defense? Tech’s offense or special teams? Can the Yellow Jackets pull off some big, surprise plays? (Like the first one against N.C. State last week -- I believe they can). How awesome would it be if Tech were to, even momentarily, hold a lead? Something like that would likely put the fear of the football gods in the bullpups and their fans.