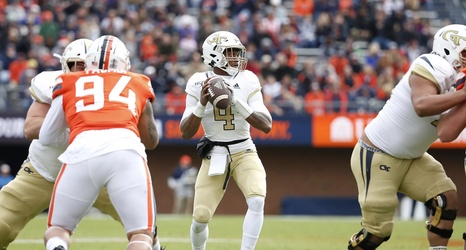 Although it won’t look the best, Bobby Dodd Stadium’s turf will feel good for players for the rest of the season. According to the article, the playing field was not up to par with what the Tech grounds crew and coaching staff like, so the decision was made to replace some of the turf. Hopefully, it will be to Georgia Tech’s advantage for the final three games of the year.

Tech Head Coach Geoff Collins discussed a multitude of topics at his press conference earlier this week. It was especially nice to read about his personal hero, his father-in-law.