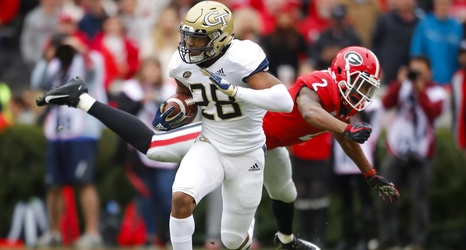 Well, it’s been another long year, that’s for sure. Thanks for sticking around. In this last edition of HTS for the year, we get to talk about a school that, in fact, exists. That’s all I’ll say about them up here. In the meantime, hope all of you had an enjoyable Thanksgiving. Tomorrow, we’re back to football.

The typical Georgia Tech Yellow Jackets regular season schedule went to twelve games per season for good in 2006, after varying between eleven and twelve since 2001. In the prototypical season, Tech plays eight Atlantic Coast Conference games, with six coming against the other Coastal Division teams of Pittsburgh, Virginia, VPISU, Duke, Miami, and North Carolina, and two against teams from the Atlantic Division, featuring permanent rival Clemson and a rotating opponent from amongst the other six teams, which is North Carolina State in 2019.