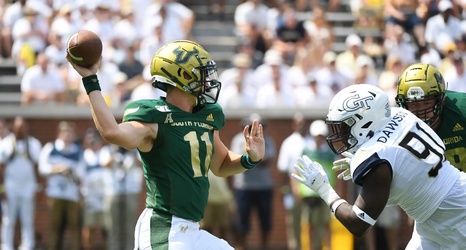 With the early signing period just a couple weeks away now, Geoff Collins and his staff are now fully focused on filling out the class. They’ve got one more guy on board now, with defensive end Albany Casey announcing his commitment earlier today.

Casey committed to Tech over other reported offers from Duke, Missouri, Nebraska, Kansas, and UCF. He is rated as a three-star recruit by both Rivals (5.7) and the 247 Sports Composite (0.8592).

Being completely honest, this commitment is a bit peculiar. I was doing some digging and found out that during his high school career, Casey has already torn his ACL three times.