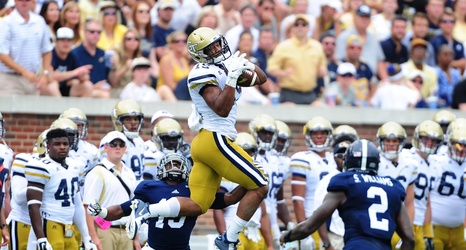 Big news! Georgia Tech has a new receiver in Marquez Ezzard, who announced his transfer from Miami to Georgia Tech.

When I saw the announcement, I went to Twitter to see if there was any possible interest there. And well, I found that Ezzard was already following a host of Tech folk, including Geoff Collins, Patrick Suddes, Kevin Cone, Jordan Yates and Kerry Dixon.

Ezzard is originally from Stockbridge, so he’ll be right back close to home with his transfer.

In his lone season with the Hurricanes, Ezzard appeared in three games (meaning he redshirted) and caught two passes for 24 yards.