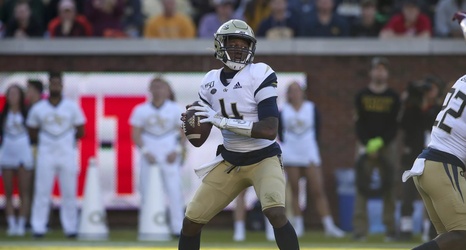 Big news today for Georgia Tech’s recruiting class as quarterback Jeffrey Sims announced that he was signing with Georgia Tech via a live feed on his Instagram. This comes after Sims had previously been committed to Florida State before Mike Norvell’s hiring.

Sims’ interest in Tech seems have grown following Willie Taggart’s firing from Florida State, as Sims proceeded to take an official visit to Tech a couple weeks after on the weekend of November 21, according to his Rivals page.