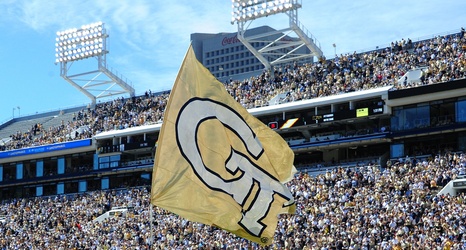 On the first day of ticket sales, there was an 81% increase from 2018-19 driven by a 20% increase of new ticket holders. This is an encouraging sign for the new regime in Atlanta as they have called for a packed house at Bobby Dodd Stadium next year.

What makes these numbers so exciting is the potential it shows in bringing back the casual fan to Bobby Dodd Stadium and filling events with Navy and Gold instead of the opposing team’s colors. Home field advantage is an important thing to have for football games as crowd noise has the ability to block teams ability to communicate while also having a psychological impact.