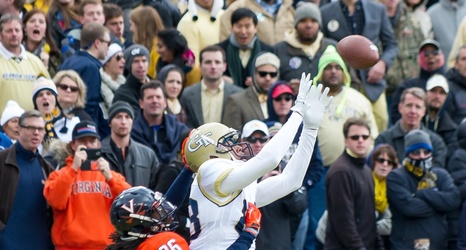 There’s great optimism within the fanbase that Chip Long will birth a new wave of offensive production. He may well have the recipe, but what about the ingredients? We’ve identified over the past few off-seasons that a consistent weakness for Georgia Tech has been the lack of a game breaker on the outside. Last year, Georgia Tech’s two most efficient pass catchers were Kyric McGowan and Jahmyr Gibbs, both of whom did most of their damage operating in the middle of the field. Malachi Carter and Adonicas Sanders were the primary outside targets, but neither was consistently efficient or explosive.