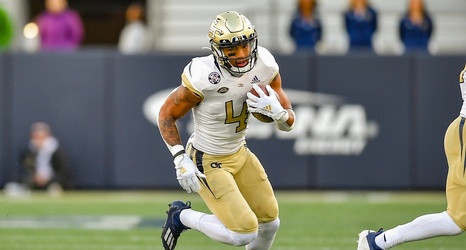 With the losses of Jahmyr Gibbs and Jordan Mason, it seemed like Georgia Tech would be solely relying on Dontae Smith and the incoming freshmen to reload the running back position. After picking up two transfers in Hassan Hall and Dylan McDuffie, however, that doesn’t seem to be the case anymore. Out of the three of them, I still have my money on Smith to be the breakout guy here.

In a limited role the last couple seasons, Smith has performed well. He has mostly served as a change of pace back, and there were several times where he was able to show off his agility and burst to get explosive plays.