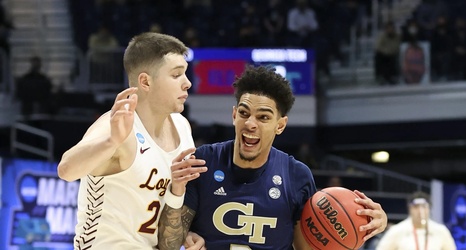 When Mike Devoe stepped foot on the Flats three years ago, he arrived with much fanfare. A consensus four-star recruit from basketball powerhouse Montverde Academy, he was the type of player Georgia Tech was unaccustomed to landing. With the size, athleticism and shooting ability that translates to the NBA level, integrating into the team concept and structures that coach Pastner has put in place has always been the biggest challenge for Devoe. Now after the departures of all-ACC teammates Moses Wright and Jose Alvarado, this is finally his team.

After a solid freshman season, Devoe took a huge jump as a sophomore, improving in all major categories and solidifying a solid backcourt with Alvarado.