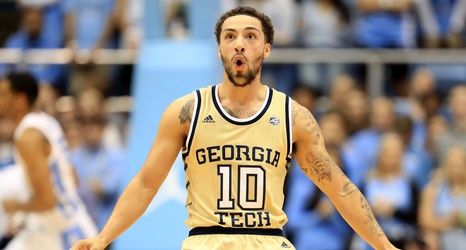 For Georgia Tech to upset No.5 Louisville on Wednesday night, the Jackets needed a full team effort. The Jackets got just that with each of their five starters finding themselves with double-digit points in the 64-58 victory. That being said, with guard Jose Alvarado, the Yellow Jackets wouldn’t be waking up on Thursday with their biggest victory of the season.

Alvarado, a new father, was extremely strong against the Cardinals on Wednesday night. The New York native was coming off on of his tougher games of the season against Pittsburgh on Saturday. In that game, he scored just nine points, well from his usual of the last few weeks.