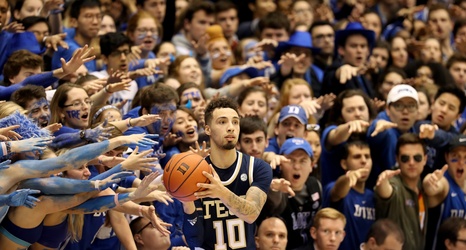 Georgia Tech on Tuesday night collected a wire-to-wire victory over the Virginia Tech Hokies by a final score of 76-57. The Yellow Jackets lit it up offensively including from beyond the arch in the game. That being said, the Jackets offense was sparked by one player particular in the game, that being junior guard Jose Alvarado. He’s YellowJackedUp’s Georgia Tech MVP for his performance in the game.

Alvardo earned the honors after a tremendous first half performance against the Hokies. In that first half, Alvarado by himself outscored the Hokies, 19-18. Those 19-points in the half, helped the Yellow Jackets jump out to a huge first half lead of 38-18 at halftime.