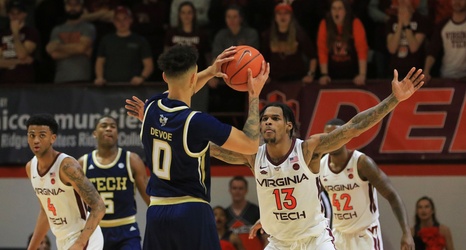 Georgia Tech men’s basketball on Wednesday night put together a fantastic effort against the No.6 ranked Louisville Cardinals. However, the Jackets came up just short in the effort and fell to the Cardinals 68-64.

Unfortunately for the Jackets, the loss pushes their record to 8-11 overall to go along with a conference record 3-6. Some, such as ourselves and Michael Cunningham of the AJC not too long ago thought perhaps the Jackets could find their way to the NCAA Tournament. Now, it seems that is pretty unlikely, however, if the Jackets are going to do so, it begins on Saturday against North Carolina State.