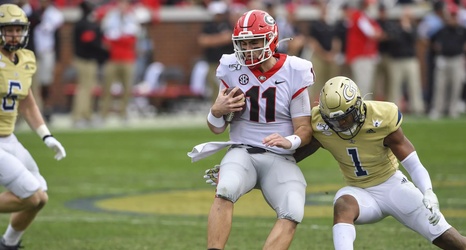 Well, the 114th edition of Clean, Old-Fashioned Hate is a wrap. The game got off to a slow start for both Tech and UGA, with both teams failing to produce much offense on their first couple of possessions. However, UGA did score a field goal on their second drive. And a touchdown on the following. And then another touchdown. You get the idea, right?

And for the Yellow Jackets, well, things remained slow, mostly. They did score a touchdown in the first half to avoid a shutout. That was nice. Aside from that, it was more of the same in the second half, minus any scoring from Tech.