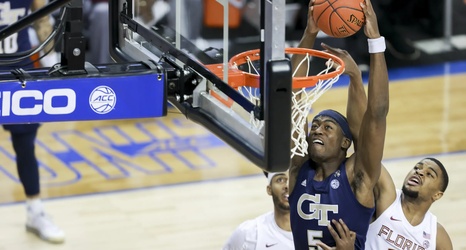 On August 4th Georgia Tech got a surprise addition to their roster. 2023 recruit Cyril Martynov announced that he is reclassifying as a 2022 recruit and committed to the Yellow Jackets. This late signing should be the final roster move heading into the 2022-23 season.

Cyril Martynov is from Ontario, Canada, but has been playing his high school ball in New Jersey. He is listed at 6’11” and 230 pounds. He is not rated by the major recruiting services, but he has picked up some big interest recently, most notably by Wisconsin, which makes me think that he would be ranked this year, probably around a high 3-star.