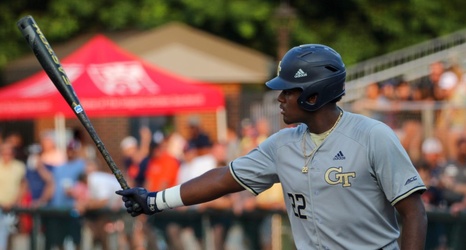 After finishing the 2019 season with an overall record of 43-19, the Tech baseball team is primed to make yet another appearance in the NCAA tournament during the 2020 season. Head coach Danny Hall just received a contract extension through 2023 following the Jackets’ best season since 2011, during which they surpassed the 40-win mark for the first time in the program’s history.

Aside from a stellar coaching staff, the talent that Hall has brought in year after year proves his ability to recruit — a trait which Tech has seen in action quite a bit lately with Coach Collins and the football team on the hunt.