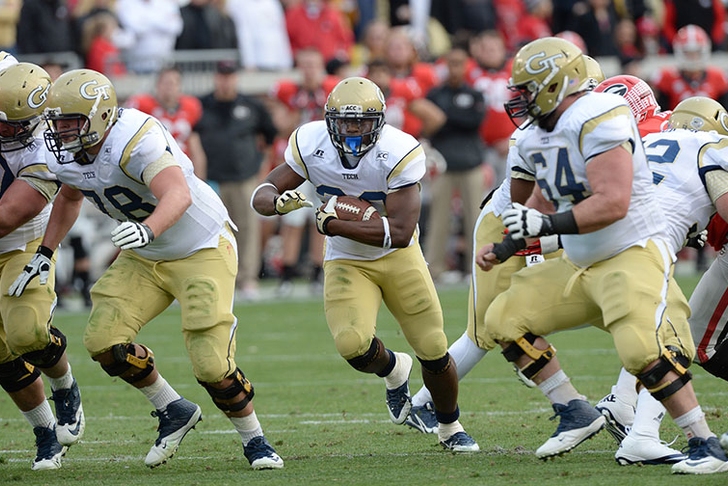 The Yellow Jackets have the potential to play spoiler to Florida State’s playoff hopes, which would cement Georgia Tech’s place in one of the “New Year’s Six” bowls. If they were to lose to the Seminoles, their probable bowl destination becomes a little more murky. Who are they most likely to face?

The Bulldogs are probably headed to the Chick-fil-A Bowl, which is where the Yellow Jackets will go if they knock off FSU. Mississippi State is a really good running team, creating a matchup of two of the best rushing offenses in the entire country. The game wouldn't have a brand name program to drive TV ratings, but there would be a lot of fan interest from both sides.

Speaking of a really good rushing matchup, this would pit the nation's best read-option offense (Auburn) against the country's best triple-option attack (Georgia Tech). Both sides can be very explosive and would put a lot of points on the board. This is a potential Citrus Bowl matchup and is one of the more intriguing options on the table for the Yellow Jackets. Georgia Tech will most likely face Oklahoma this bowl season in the Russell Athletic Bowl. Should the Jackets lose to Florida State, they'll fall out of the "New Year's Six" conversation and get the ACC's top bid to another bowl game. That would be for the Russell Athletic Bowl, where the Big 12 will send their fourth team, which is Oklahoma this year. This would give GT a chance to knock off one of college football's traditional powers, a chance that doesn't come around very often.