3 Reasons Why Georgia Tech Will Beat Notre Dame This Weekend 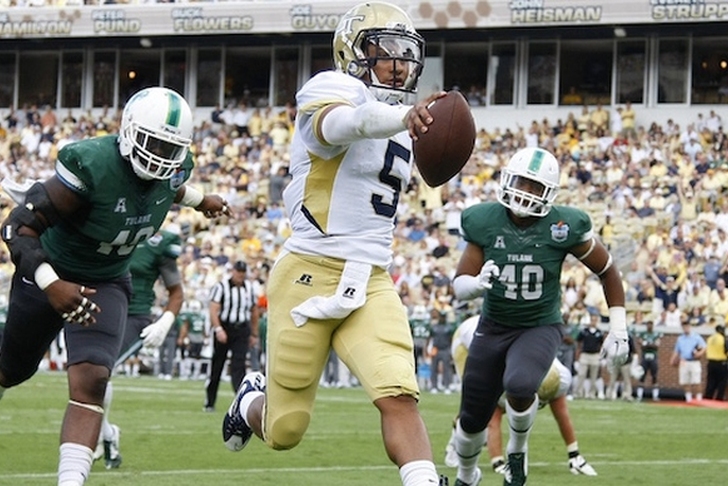 The Georgia Tech Yellow Jackets have dominated lesser competition through the first two weeks of the season, and now have their first test of the season against Notre Dame. Here are three reasons why Georgia Tech will beat the Irish on Saturday:

Thomas was named second-team All-ACC, starting all 14 games and leading the Jackets to an Orange Bowl win over Mississippi State. He has mastered Paul Johnson's option attack, and has run it to perfection this year. He's accounted for 224 total yards and five total touchdowns in extremely limited action in the first two games of the season, and is ready to put up huge numbers against a pourous Notre Dame defense.

The Irish will be starting DeShone Kizer at quarterback, who was the third-stringer in spring camp behind Everett Golson (tranferred to Florida State) and Malik Zaire, who suffered a season-ending broken ankle in Notre Dame's win over Virginia. Kizer stuggled to move the ball for most of the second half, but a did connect on a few deep passes. If the Irish's offense continues to struggle under Kizer, they Yellow Jackets will win easily.

Georgia Tech is known for their triple-option attack under head coach Paul Johnson, but they're anything but boring. The Yellow Jackets are second in the country in scoring offense, averaging 67 points per game. They also rank 14th in the country in yards per game, and considering Notre Dame had a hard time stopping Virginia's pedestrian offense, Georgia Tech should have a very easy time moving the ball up and down the field in this one.