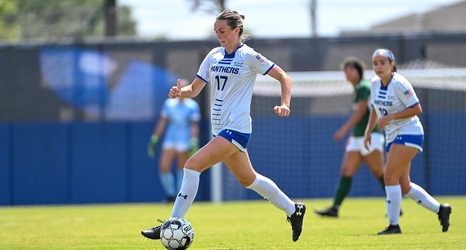 BOONE, N.C. -- Georgia State earned a 1-0 victory on the road Sunday afternoon as the Panthers knocked off Appalachian State.

GSU benefitted from an App State mistake in front of goal in the 77th minute. Jimena Cabrero crossed a ball into the box which resulted in an own goal with less than 15 minutes to play.

Georgia State controlled most of the match Sunday, out-shooting the Mountaineers 10-7 and goalkeeper Jaddah Foos was only called on for two saves as she earned her first shutout of the season.