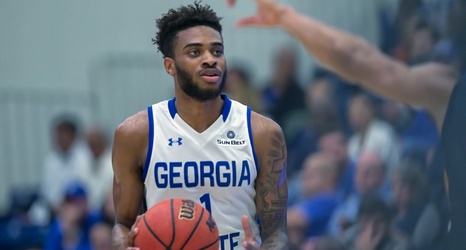 ATLANTA-Facing the first of a minimum four 2018 NCAA Tournament teams this season, Georgia State will travel more than halfway across the country to face Montana on Friday night at 9 p.m. ET, at Dahlberg Arena.

Georgia State (1-0) and Montana (0-0), considered two of the top mid-major programs in the country, met last season in Atlanta in the first of a home-and-home series. The Panthers earned a 71-68 victory in that game as Jeff Thomas just missed a double-double with 15 points and eight rebounds.

It was Thomas who opened the 2018-19 season with a career-high 26 points on Tuesday night as the Panthers topped East Tennessee State 74-68 in the GSU Sports Arena.