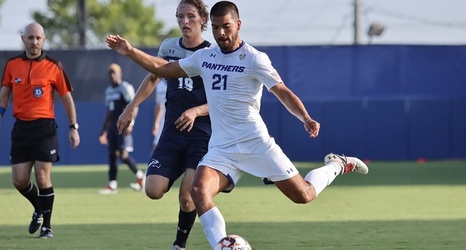 ATLANTA – Coming off an impressive win on Saturday night, the Georgia State men's soccer team will conclude a stretch of three-straight games away from home traveling to Davidson, N.C., to face Davidson on Wednesday night live on ESPN+ at 6 p.m., at Alumni Stadium.

Georgia State (4-2) has won four of its last five matches and is 3-1 on the road this season. It will mark the first time the Panthers have faced Davidson (4-2) since 1989.

In Georgia State's first six matches, the Panthers have scored 13 goals and allowed just eight, though in an interesting note, four of those eight goals have come via penalty kicks.