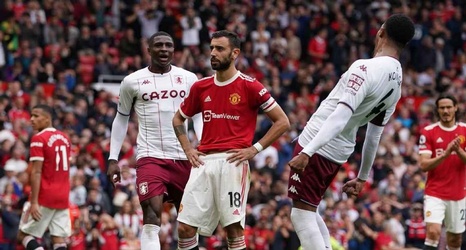 Manchester United were beaten 1-0 at Old Trafford by Aston Villa on Saturday as Bruno Fernandes missed a stoppage-time penalty in their Premier League clash.

With the game petering out to a goalless draw, Kortney Hause headed home in the 88th minute to seal the victory for the visitors.

United had more possession in the first half, but it was Villa who created the better chances with Ollie Watkins and Ezri Konsa going close.