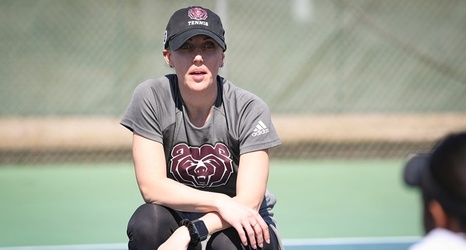 Keeling returns to Georgia, where she played collegiately at Clayton State and then served as an assistant coach for the men's and women's programs at Georgia Gwinnett.

Named the Bears' head coach in January 2021, she led MSU to a 12-10 record this spring, including a runner-up finish at the Missouri Valley Conference Championships. MSU's 4-1 record in conference play was its best mark in over a decade.