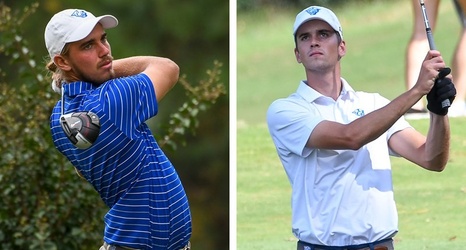 ATLANTA – Georgia State men's golfers Josh Edgar and Egill Gunnarsson who both graduated this spring have been named Srixon/Cleveland Golf All-America Scholars as announced by the Golf Coaches Association of America. Edgar and Gunnarsson earned the honor for a third-straight year becoming the first Panthers to accomplish that feat.

Edgar earned Dean's List honors in both the fall and spring semester this past season. He led the team with a 73.24 scoring average while competing in all seven events. Edgar recorded a team-best 10 rounds of par or better, including three rounds in 60's and a team-low 66 shot at the Sea Palms Invitational where he held the 36-hole lead.