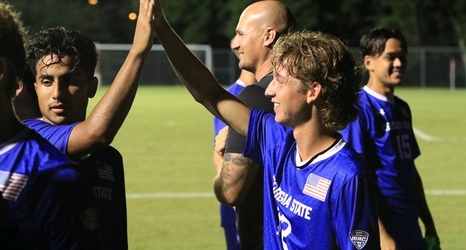 DAVIDSON, N.C. – Sophomore Simon Carlson scored less than three minutes into the game and it proved to be all the Georgia State men's soccer needed in a 2-0 win at Davidson on Tuesday night.

Playing in a steady rain most of the night, Georgia State improved to 5-2 on the season, while dropping Davidson to 4-3.

After a multiple deflections in the box, Carlson got the Panthers on the board in the third minute for his second goal of the season. The goal came off an assist from Bryan Silva.

Freshman Ethan Sassine added an open net goal with just four seconds to play in the game for the final margin of victory.