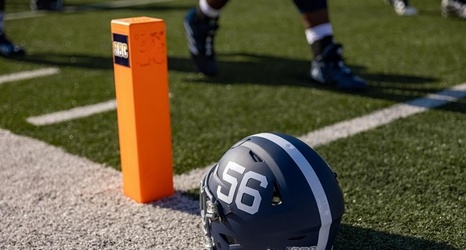 STATESBORO – The Georgia Southern football program announced Monday its preseason practice schedule for the first week, along with several other key dates, as Eagle Nation is encouraged to come out and support the squad.

The football squad is set to report on Tuesday, Aug. 2, with the first practice of preseason camp scheduled for Wednesday, Aug. 3. Below is the practice schedule for the first week of preseason. The team invites all fans of GS Football out to watch and support the team as it begins preparations for the 2022 season. At Paulson Stadium, fans must sit in the stands, and are asked to keep a respectful and safe distance away when the team is at Beautiful Eagle Creek.