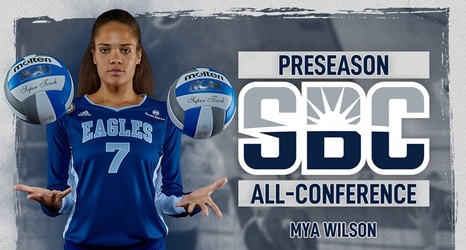 A second-team All-Sun Belt selection last season, Wilson ranked 10th in the league in points per set (3.38) and reached double digits in kills in nine matches. She had five or more blocks in a match four times, and her hitting percentage of .714 (15 kills on 21 attempts) vs. Troy Nov. 13 was the best in the league all season.

Georgia Southern was picked third in the East Division behind division favorite Coastal Carolina, which garnered 11 first-place votes, and Troy.