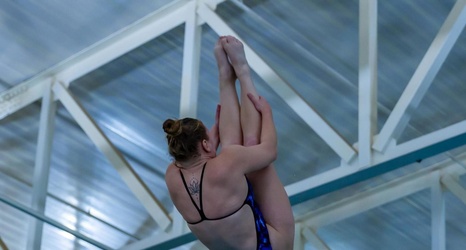 Gretchen Mossburg originally wasn't a diver, even with family ties in swimming, but after deciding that she was done with gymnastics at 15 years old, diving became her primary sport.

Mossburg followed in her mom and uncle’s footsteps as they both were swimmers. Her mom swam through highschool and her uncle swam at the division two level.

“My parents found out that at a young age I was athletically skilled and they wanted me to use that skill to go to college and use it to get a scholarship,” Mossburg said.

One of her gymnastics coaches actually suggested that she start diving because one of the girls on the gymnastics team left and started diving.