Georgia Southern Wraps Up Season In Strong Fashion at SoCon 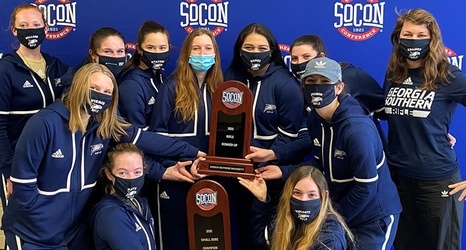 LEXINGTON, Va. - The Georgia Southern rifle team shot a school-record 3,596 aggregate over two days to take runner-up honors at the 2021 SoCon Rifle at Kilbourne Hall on the campus of VMI. The total is the second-highest team championship total in SoCon history, falling just four points shy of this year's winner, North Georgia.

Ashley Judson led the way with a 585 in the preliminaries to finish fourth and advance to the finals where she placed fifth. Brianne Staton just missed the finals with a 581, placing ninth.