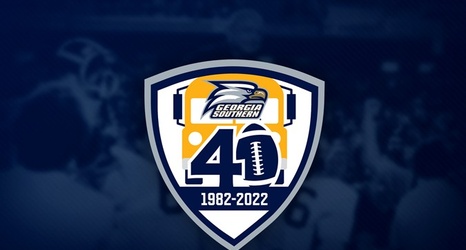 STATESBORO - With the kickoff of the 2022 football season 40 days away, the Georgia Southern Athletics Department has announced its plans to celebrate 40 years of Eagle football in the modern era.

As part of the celebration, several items are planned for throughout the season. Among them are:

Finally, Eagle Nation will be able to select the All-40th Anniversary Team, as we honor the great Eagles of the past.