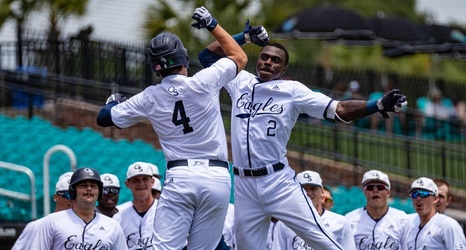 The Georgia Southern baseball team opens their season next week with the hope of getting back to the conference championship.

Coming off a 35-24 season, the conference championship game loss to Coastal Carolina last summer is still fresh in the team's mind.

Head Coach Rodney Hennon, who has held the position for 21 seasons, feels that this team can continue the success it had from last season, especially with the number of players returning this season.

“Yeah, I mean I think this is a team that’s capable of winning a championship, and getting to the NCAA regional,” Hennon said.