Former UTEP running back transfer no longer with Georgia Southern 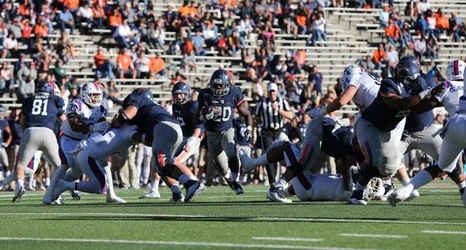 Confirmed by the Georgia Southern football team Monday morning, University of Texas-El Paso transfer running back Joshua Fields is no longer with the team.

Fields was originally set to join as a walk-on for his third year of NCAA football, but would have been ineligible for the 2019 football season.

Fields notched 419 yards and scored two touchdowns in the 20 total games he played during his two years at UTEP.

“Joshua left the team early in camp,” a statement from the program said. “We wish him the best of luck moving forward.”