Eagles survive despite a late surge from Coastal Carolina 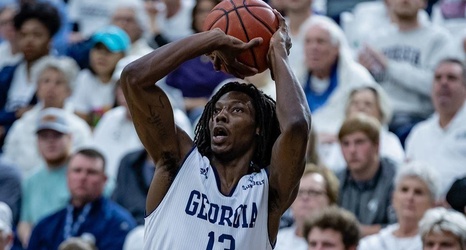 Georgia Southern’s men’s basketball team won 79-69 against Coastal Carolina despite a late spark by the Chanticleers.

The Eagles led by as much as 18 with 7:17 left in the 2nd half but then the Chanticleers had a late spark where they went on a 20-6 run which cut the Eagles' lead down to four with 2:07 left in the half.

But then the Eagles responded by outscoring the Chanticleers 10-4 to close out the game.

“We had a bad three or four minutes there in the second half but we did a good job at recovering and finishing it out,” Head Coach Mark Byington said.