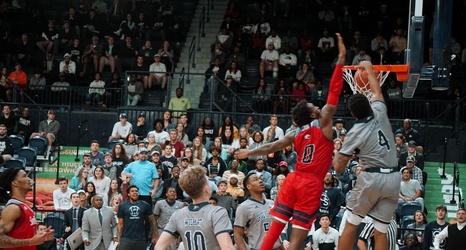 The Georgia Southern men’s basketball team walked away with a second-half comeback 79-74 win over the Coastal Carolina Chanticleers Thursday night.

The Eagles seemed to fall short in the first half, only shooting 40 percent from the floor as well as ending the half down 30-34.

The second half was another story and was big for GS as they went on a seven point run to break a 50-50 tie late in the second half, giving the Eagles security and the ability to finish the game out strong and on top 79-74.

In the second half the Eagles shot 56.