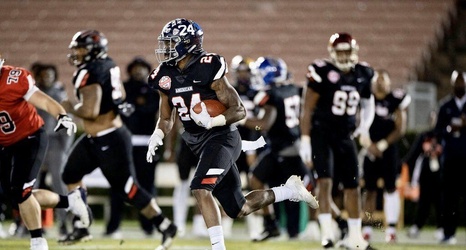 When Georgia Southern safety Donald Rutledge Jr. played in the NFLPA Collegiate Bowl, he knew he had something to prove to Eagle football fans. The graduate transfer had been a standout on defense all season, but NCAA rules deemed him ineligible to play in the Cure Bowl due to academics.

“It was tough,” Rutledge said. “[I] felt like I let my boys down. They understood but whole time I’m watching the game I’m thinking of plays I could’ve made to help the team so it was rough for me.”

In his last regular season game against Georgia State in November, he had seven tackles, but 50 on the season.