Another running back to transfer from Georgia Southern 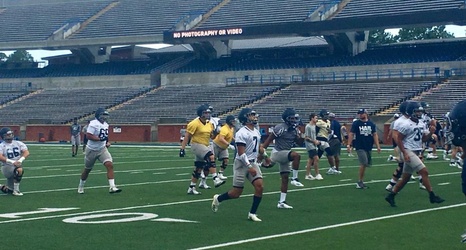 Redshirt-sophomore running back Grant Walker announced on his Twitter Friday his intentions to enter the transfer portal.

“You all took me in from day 1 and have not only become great teammates, but Brothers/Best Friends as well,” Walker said in the tweet. “After much thought and prayer with my family I’ve decided that I will be entering my name into the transfer portal with 3 years of eligibility left.”

The former three-star from Ellenwood, Georgia played against South Carolina State and Coastal Carolina, finishing with seven carries for 17 yards in 2018.

Walker announces his transfership a week after fellow running back Andrew Cunningham announced he was transferring.