Todd Gurley, A.J. Green, And Matthew Stafford: How Georgia Players Fared In The NFL This Weekend 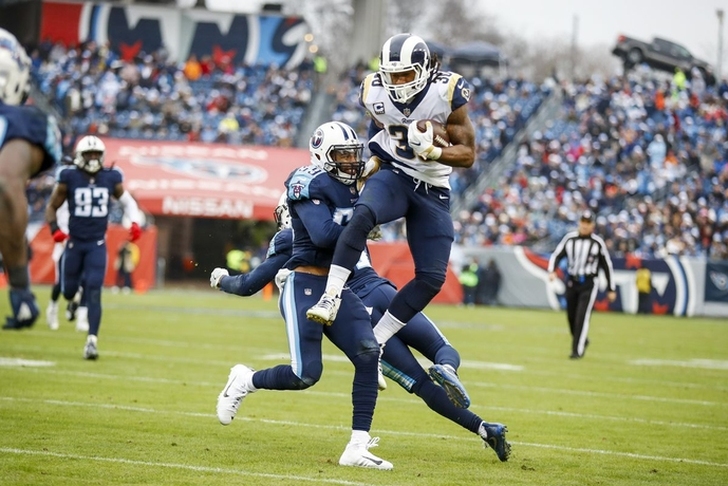 The Georgia Bulldogs are one of the best teams in college football and continue to pump great talent into the NFL on a yearly basis, producing some of the best players in the league. Those players producing well at the next level also pays dividends for UGA, both from a pride level and in raising the status of the program. Here's how some of the best did this past weekend.

Todd Gurley, RB, Los Angeles Rams
Gurley continued his incredible push towards the MVP on Sunday with his best game of the season, rushing for 118 yards while catching 10 passes for 158 yards and two touchdowns.

On the season, Gurley now leads the league with 1,305 rushing yards and 13 rushing touchdowns to go along with 788 receiving yards and six more scores.

A.J. Green, WR, Cincinnati Bengals
Green helped the Bengals snap a three-game losing streak with six catches for 81 yards in a 26-17 home win over the Lions, which pushed him over 1,000 yards for the season - the sixth time in his seven-year career that he has done that.

However, Green's biggest contribution this week may have come off the field.

ICYMI: Is that Santa Claus?

“I’m starting to be a Cincinnati native and I’ve gotta take care of home.” pic.twitter.com/vt146WyL5D

Green has 73 catches for 1,061 yards and eight touchdowns this season.

Matthew Stafford, QB, Detroit Lions
Stafford did not play well (203 pass yards, TD, INT) in Detroit's loss to Cincinnati on Sunday, which eliminated them from playoff contention, but he did reach a career milestone that puts him in elite company.

Matthew Stafford is now over 4,000 passing yards on the season.

He's the second @NFL player with -straight 4,000-yd seasons and he has the most 4,000-yard seasons by a player under 30. #OnePride pic.twitter.com/tnaJcbPf6Y

Stafford has 4,123 passing yards with 26 touchdowns and 10 interceptions this season.

Check out our Georgia Bulldogs team page for all the latest on Georgia football!