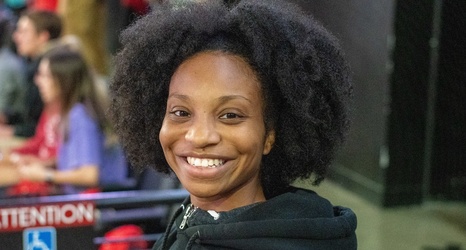 Staiti scored 20 points or more for the fourth-straight game and hit double figures in scoring for the eighth-straight contest. In addition to Staiti, Gabby Connally added 16 points, while Maya Caldwell scored 10.

Georgia improves to 17-13 overall and has eight wins against conference foes this season. Alabama had won six of its last eight games coming into the tournament. The Crimson Tide falls to 18-12 this season.