Watch: Nick Chubb is a hard man to tackle 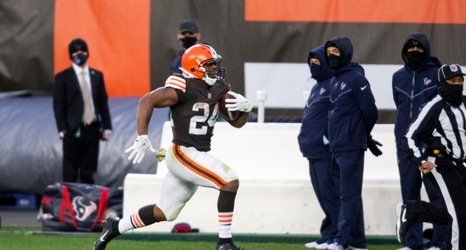 Nick Chubb, Georgia’s No. 2 running back of all time, had an insane run this Sunday, helping propel the Cleveland Browns to a 22 – 17 victory over the Philadelphia Eagles.

Chubb finished the day with 114 yards rushing on 20 touches. The Browns now have a record of 7-3, jumping the Baltimore Ravens for second place in the AFC North behind the 10-0 Pittsburgh Steelers.