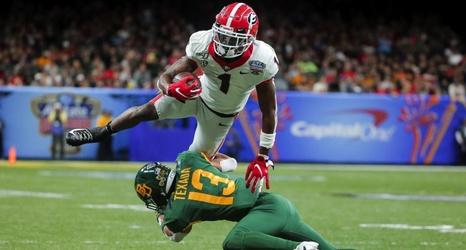 On second and ten with twelve minutes remaining, Jake Fromm threw a routine five-yard pass toward the far sideline to Pickens, who at this point had already amassed 165 receiving yards and a touchdown.

After twisting and turning his way past the line to gain, Pickens added ten yards to his school record performance in the Sugar Bowl.