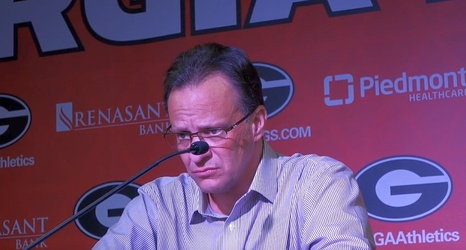 After the Bulldogs dropped their ninth SEC game of the 2020 season, 75-59 to South Carolina, UGA men’s basketball head coach Tom Crean talks about the loss and gives an update on the team from Stegeman Coliseum in Athens, GA on Wednesday, February 20th. Just click on the video to play.