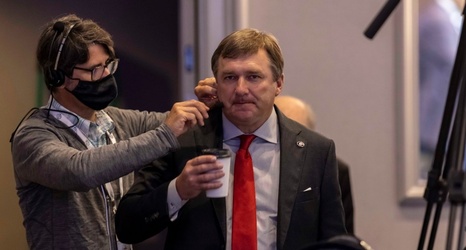 The Georgia Bulldogs and Kirby Smart have gained a verbal commitment from offensive lineman Griffin Scrogg, who was previously committed to Georgia Tech. Scroggs is rated as a three-star prospect. He plays guard for Grayson High School in Loganville, Georgia.

Griffin Scroggs is 6-foot-4 and weighs 315 pounds. He announced his decision to decommit from Georgia Tech on Aug. 2. The next day, the Grayson High School star announced his commitment to the University of Georgia.

Kirby Smart and the Georgia Bulldogs now have 14 commitments in the class of 2022.