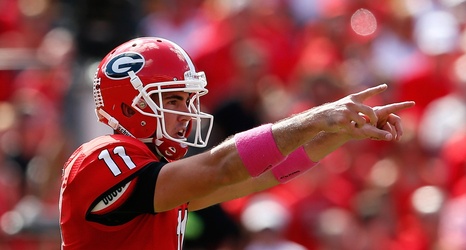 Tuesday, it was announced that Aaron Murray, the former Bulldog great, signed a contract with the XFL’s Tampa Bay Vipers.

A four-year starter at Georgia, Murray will get yet another shot to prove himself and rejuvenate his football career. The Florida native played for the Atlanta Legends last spring, before the league eventually folded in the middle of the season. Now, he’s back out on the gridiron.

Here’s how fans and media members reacted to the good news.

Tampa native and up-and-coming football analyst Aaron Murray will give it a go in the XFL.