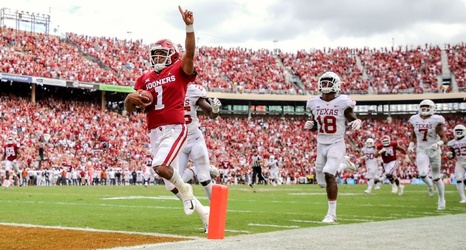 Alabama's Tua Tagovailoa and Oklahoma's Kyler Murray split four college football year-end awards on Thursday, setting up a showdown for Saturday night when they contend for the Heisman Trophy.

Tagovailoa received the Maxwell Award for player of the year while Murray was named the nation's top quarterback with the Davey O'Brien Award at the College Football Awards show in Atlanta.

Earlier in the day, the Walter Camp Award for best player went to Tagovailoa, while Murray won the Associated Press' Player of the Year. They are both finalists for the Heisman along with Ohio State quarterback Dwayne Haskins.