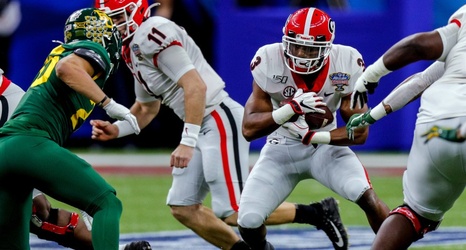 Midway through the third quarter, Georgia faced a 4th and 2 deep in Baylor territory.

Leading 19-7, it would have made sense to take the three points and extend the lead to 15.

Instead, Kirby Smart went with some trickery and pulled off a fake kick that resulted in a Georgia first down.

Punter Jake Camarda, who was in as the holder, kept the ball and ran for a first. Had he not stumbled, he may have went for six.

The next play, Fromm gave it to freshman Zamir White, who has had a nice game so far.