SOURCES: UF Linebacker Brenton Cox Jr Could Be Out For 2021 Season After Lower Leg Injury 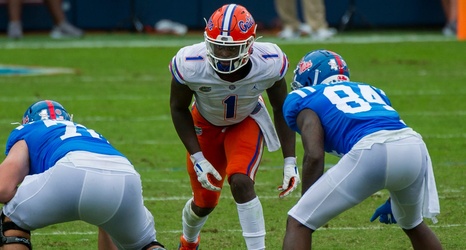 Multiple sources close to and within the University of Florida football program have reported to Dawg Sports that starting linebacker Brenton Cox Jr could be done for the season. According to sources, Cox suffered a lower leg injury following a recent scooter accident.

The University of Florida has not made any public statements on the accident or Cox’s health. Cox did post a tweet on June 24th that could be construed as a cryptic announcement that he will miss the 2021 season.

Cox spent his freshman year of 2018 at Georgia after being rated as a five-star recruit by all the major services.