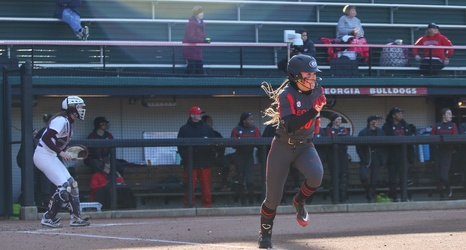 Athens, GA – The Georgia Classic softball tournament resumed on Saturday, and the No. 19 UGA softball team defended their undefeated streak at home at Jack Turner Stadium with a pair of wins.