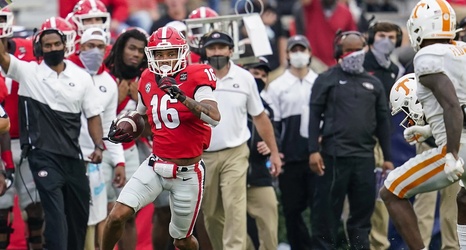 The Savannah native showed tremendous potential as a true freshman at Cal in 2017, hauling in 50 catches for 767 yards and 7 touchdowns. However following an injury that kept him out for 2017 Robertson never quite recaptured the magic that led him to be a five-star recruit and the top prep prospect in the state of Georgia in the class of of 2016.