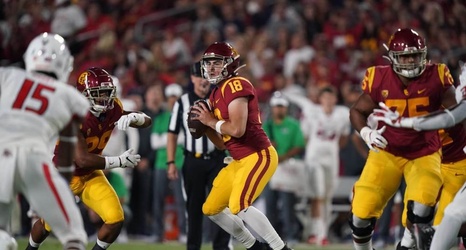 USC five-star quarterback JT Daniels, who is currently in the NCAA transfer portal, is reportedly close to becoming a Georgia Bulldog, according to Jake Reuse of Rivals.com

Daniels signed with USC as a five-star pro-style quarterback in the class of 2018. Out of Santa Ana, California, he ranked as the nation’s No. 6 overall player and as the third ranked quarterback, behind only Trevor Lawrence and Justin Fields.

Daniels entered the transfer portal in mid-April. He started for the Trojans in 2018 as a true freshman and has only used one full year of eligibility.