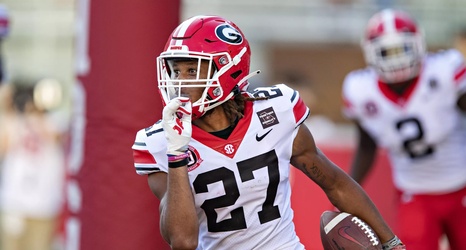 It didn’t do much for the eye test in the first half, but most importantly for Georgia, Saturday was a win.

Before the game, we laid out three keys to a win. Here’s how Georgia met them,

At this stage, you have to assume that D’Wan Mathis is starting against the Razorbacks.

Playing a true SEC game first time out is nothing short of daunting. Mathis does not need to win the game with big throws. He just needs to avoid mistakes and leave it to Georgia’s playmakers

Kirby Smart was quick to deflect a lot of the dogpiling on top of Mathis after his dreadful first half that got so bad that Stetson Bennett was brought in to replace him and spark the offense, but the truth of it is that Mathis was a combination of rattled and out of sync.